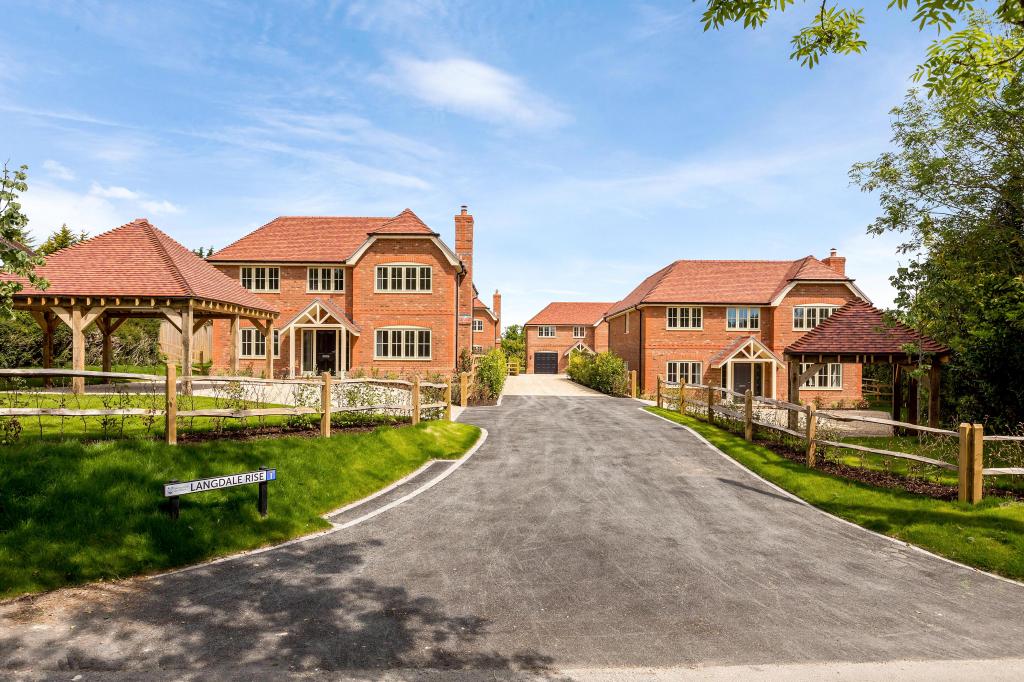 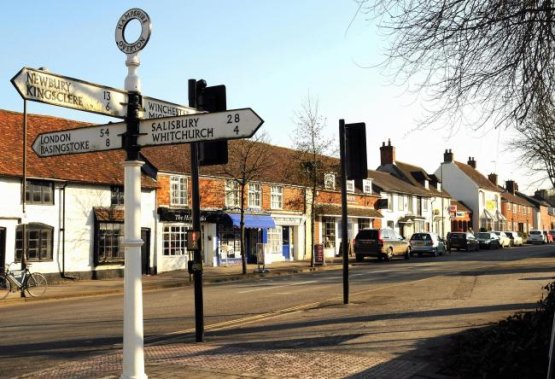 With cool cafés and chic high street shopping, village living doesn’t get much better than Overton!

Near the source of the River Test and Jane Austen’s birthplace (at Steventon), Overton combines agricultural, industrial and literary heritage, yet doesn’t shout about any of it.

Time seems to pass gently in a village that is a forever afternoon tea type of place. I am not sure whether, on a Saturday in early autumn, I’d ever seen Overton looking so lovely.

Down Winchester Street a woman in a vintage floral dress, bridal veil flying, ran, hurrying to get to the church on time. I was reminded of Four Weddings & A Funeral (although in the film it was the guests doing the running). Overton could certainly be the backdrop to a film set.

It is surrounded by an undulating landscape of field and woodland. Not quite how you would imagine an area known for banknote manufacture.

However Portals, the descendent of the original papermill established over 300 years ago, hunkers down beside the station and out of sight of the village centre.

Instead my approach took me past the Test Valley Golf Club and Laverstoke Park Farm, the organic and biodynamic farm owned by ex-racing driver and Formula One World Champion Jody Scheckter.

This was the setting for ITV’s Sugar Free Farm and, in ‘normal’ years, the venue for CarFest South. When I went by the only activity was two collies herding a flock of sheep.

Overton is a tranquil spot; despite sitting where B roads cross, there is no major road running through or near Overton. Yet, the fingerpost signs at the central crossroads indicate you can access cities and towns with ease.

Basingstoke is eight miles one way, Winchester and Newbury both 13 miles (although in opposite directions), and Whitchurch four miles in the other. It is also one of those villages with the extraordinary convenience of a mainline station providing a service to Basingstoke of just eight or nine minutes and London Waterloo in 55 minutes or so.

Such connectedness may be unexpected, but Overton is actually a very practical village. Most everyday needs are met with essential facilities including surgery, pharmacy, vets, library , Co-op and Post Office.

Exceptional recreational facilities, run by and for the community, include over 30 acres of green open space and more than 20 clubs and societies.

Local businesses are thriving. Overton Business Association had some 50 members at the last count.

Wessex Business Services, ostensibly business insurance brokers, also provide business support services, such as printing and mail drop, gallery space for local artists and office space to rent by the hour, day or month. Owner John Mitchell says they were popular in lockdown with local residents not able to work from home.

There’s a baker’s, butcher’s, greengrocer and dry cleaner (that doubles up as a haberdashery), hairdresser, barber (The Dude Lab), plus wine merchant, two highly rated restaurants, and four cafes within strolling distance of each other.

These include Overton Gallery which is more tearoom than art space, serving the range from sarni sausages to prosecco and cake.

There are four pubs – each one different: The Greyhound is a proper local; The Red Lion is known for its pub food; The Old House at Home has a highly recommended Thai restaurant, and The White Hart is a recently refurbished historic inn with rooms.

Added into the mix are independent lifestyle and fashion boutiques such as The Artizans with great homeware buys, and Blueberri for fashion and gifts.

The very latest is No1 George Street (because that is what they were called in Kingsclere), despite actually being positioned on the corner of London Road and Winchester Street. This style emporium is a great new addition for not ‘on the high street’ fashion finds, skincare and jewellery.

I wonder if Overton is becoming more country chic in response to families moving to the area attracted by the schooling. If education is high on your location must-haves, then Overton hits the spot with educational establishments judged ‘outstanding’ by Ofsted at primary, secondary and tertiary level.

These are, respectively, Overton Church of England Primary, Testbourne Community School at Whitchuch, and Peter Symonds Sixth Form College in Winchester (there’s a bus service in the morning running through Overton and Whitchurch to Winchester, picking up both students and the general public).

As for houses, they encompass farmhouses and country cottages in surrounding hamlets and in Overton a mix of the very old and the brand new with pockets of development here and there.

However, developers are encouraged to reflect the village’s built character in their designs – some successfully, others less so.

Hence a mix of quaint character and functional modern – a growing community among the folds of field and wood, near the source of the Test and away, it appears, from sources of stress.

Incidentally, the running bride was later seen outside the church porch, posing with husband and friends for photos. So, she made it!

And on the cricket pitch opposite a match was in slow swing; whites on lush green. The sun came out highlighting the fields of gold rolling away behind the church.

And all seemed well with the world. In Overton anyway.

If you’re thinking of selling find out how much your home might be worth with our FREE instant online valuation or call us on 01256 345635.

How much is my property worth?

Own a property and want to know how much its worth?